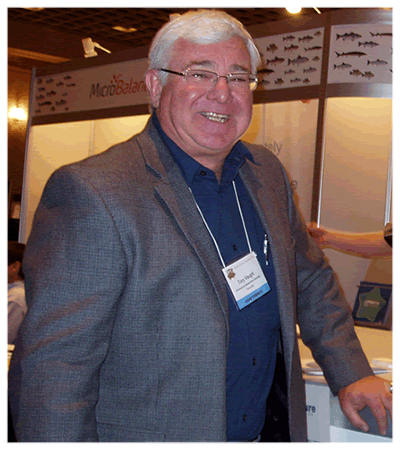 A first ever state hearing on aquaculture will be held on October 4th in Bodega Bay, California. Tony Vaught of Professional Aquaculture Services will address freshwater aquaculture at this hearing. The full hearing agenda can be viewed here. Additional hearing details can be found in the media release below:

Sacramento, CA – Senator Mike McGuire, chairman of the Joint Committee on Fisheries and Aquaculture, and Congressman Jared Huffman will convene a special hearing on Tuesday, October 4 at the Bodega Marine Laboratory to take an in-depth look at the aquaculture industry in California, as well as receive an update on the outlook for the upcoming Dungeness and Rock crab seasons.

This hearing will be the first time that the Joint Committee has focused primarily on Aquaculture, which can be thought of as "farming in water.” The farmed fish, oysters and seaweed industry is larger than ever and panelists will explore finfish, shellfish, inland production and perspectives from state agencies. The public is encouraged to attend.

"A major turning point in history was reached in 2014. That was the first year humans consumed more farmed fish than wild,” Senator Mike McGuire said. "World per capita fish supply reached a new record high due to vigorous consumer demand and growth in aquaculture, which now provides half of all fish for human consumption worldwide. This development highlights a new era, indicating that aquaculture will increasingly be a main driver of change in the fisheries sector.”

Unfortunately, 91 percent of the seafood we eat (by value) originates abroad, half of which is from aquaculture, creating a seafood trade deficit of over $11.2 billion annually.

The hearing – "Crab Season Outlook for 2016-17 and Modern Aquaculture in California” will feature testimony and updates on the upcoming crab season and current and anticipated domoic acid levels from representatives with the Department of Fish and Wildlife, California Department of Public Health and top ocean scientists.

For more information about the Fisheries and Aquaculture Hearing visit the Committee web site at: http://fisheries.legislature.ca.gov/.

A full hearing agenda will be released on Friday of this week.